After a rather long sabbatical, PrintWild is back in action and ready to take the blogging world by storm!

Paul (Snr) Changuion wrote this article on his experience over the last few weeks with colour correction:

"Having spent many years correcting and printing colour images, the past two weeks have been really interesting. Colour management is a huge subject and would take volumes to explain fully.

Three weeks ago I went for a a simple eye check up with Ophthalmologist Dr Malcolm Carey of Ballito.

The bottom line was that I had lens replacements in both my eyes.  After the first implant (in my left eye) I noticed the new lens was about 40% sharper than it was through my year-old prescription specs.  More surprising was that my left eye seemed to see about 5% bluer than the untreated eye.  After a day or so the colours seen by both eyes were once again in agreement.  Another anomaly was that all colours appeared more saturated.  Finally this Tuesday the right eye lens was replaced, which produced the same colour cast as the left eye in the first 24 hours and by Wednesday evening my sight was amazingly sharp and comfortable.

This fascinating experience prompted me to ask Dr Carey a few questions:

Question 1:  What colour lenses did you put into my eyes?
Answer:  The implant lenses apparently do have a yellowish filter, to protect the retina from mostly invisible blue and ultraviolet rays.

Question 2:  Does the brain compensate for colour cast in light sources? For example,  I once spent some time in a green Porta Loo when following the Umzinduzi Canoe Marathon and when I eventually emerged, everything seemed, for a while, to have a magenta colour cast.  Another example was driving a car with the top section of the windscreen having a green anti-glare tint.  This had the same effect.  For a while after that, having left the car, the blue sky had a magenta cast.
Answer:  This was because the brain had in the false light conditions compensated for the colour cast produced by the green.  The green sensitive photoreceptors (cones) had increased activity in a green environment and then a degree of photoreceptor “exhaustion” had occurred. This led to an under representation of green once in natural environment. (One should always minimise time in portaloos for obvious reasons!!!) 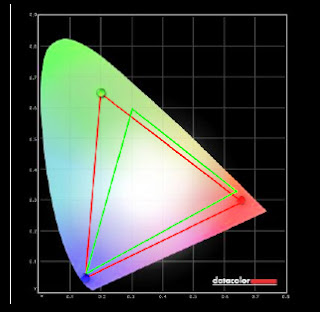 Question 3:  Is there a method to test an individual’s colour sensitivity?
Answer:  The most sensitive  test  is called “Farnsworth-Munsell”.  It’s time consuming and would be expensive to run, but would give one a clear summary of an individual’s colour perception, or in our terminology, our very own colour profile/gamut.  The results would produce a graph very much like the colour gamut produced when profiling a printing paper.

Question 4:  How varied does colour appear to different people?
Answer:  Generally, on average, women are more sensitive to colour variations than men are. (Men are more likely to have a degree of colour blindness which can vary from mild to complete - this is usually RED- GREEN. Female colour blindness is less common but when present, is usually more severe).  Dr Carey did not have any survey statistics available, but said a rough estimate would be that only 30% of people could differentiate finite colour casts.

This begs the question:  How do we judge the colour in images when editing them for print?

The starting point would be to use a good IPS  (In-Plane Switching) monitor. Your monitor should be calibrated with a monitor calibrator, i.e. a Spyder Display Calibrator.

As explained in a very informative article: “IPS displays were designed to improve on the flaws of LCD technology, primarily in regards to the poor viewing angles and colour reproduction. They do this by simply altering the direction of the pixels within the display (parallel instead of perpendicular pixels). Of course, it really isn’t that simple and neither is explaining it. So let’s just leave it at that ;)”

Below an IPS display remains stable when viewing from an angle, as opposed to the next illustration of an LCD display viewed from an angle: 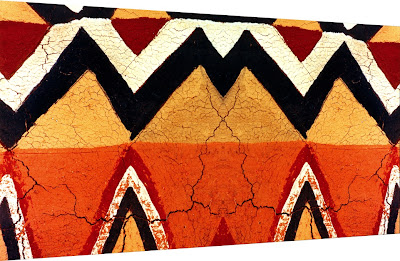 Below an LCD display – An LCD display viewed from an angle creates problems because the tones varie from one side to the other: 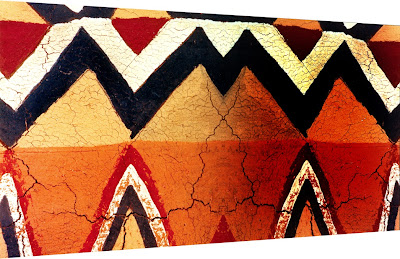 And finally, below are two images that show the difference in colour on screen and in print:" 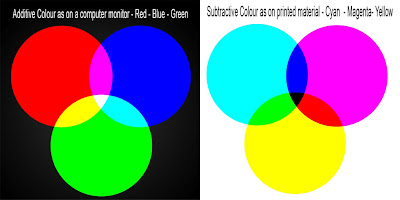 Thank you so much for the insightful article, Paul!
Posted by Unknown at 3:19 PM